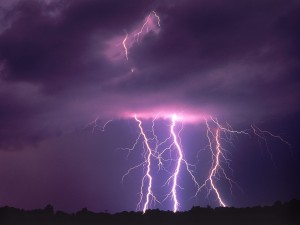 They say that lightning never strikes twice but it certainly did last week for Norway’s latest millionaire, a 43-year old who wishes to remain anonymous. The man, said to hail from Sunnmøre on Norway’s west coast, south of Molde, not only scooped a breath-taking 7.3 million euro jackpot but had won 62,000 euro on another online casino slot game on Betsson, one of the top online casinos in Scandinavia, less than 24 hours previously. It is thought to be the first time any player has won two jackpots at a single online casino in such a short space of time. It is extremely rare for any one player to ever win two casino jackpots.

The main 7.3 million win is one of the largest ever online casino wins for a Norwegian. The largest jackpots available on online casinos are what are known as ‘progressive jackpots’. In slot games, online casino regulations dictate the percentage of money paid in by players that the game pays out in winnings, with the casino entitled to retain the remainder as its earnings. Jackpots are activated by players hitting the most statistically unlikely combinations on their reels, making them rare events. Normal jackpots are a fixed sum that doesn’t change no matter how many or few times the jackpot has been won over a given period of time. Progressive jackpots differ in that the jackpot is gradually built up from a percentage of all the money played on the game going into the pot until someone hits it. If the period since the last win has not been too long the jackpot will be fairly modest. However, there is no cap on the pot so in cases that no player has won the jackpot on a particular game for a long time the total can run up to several million.

Betsson’s lucky gamer hit a jackpot that had not been won in almost a year turning him into an instant multi-millionaire. Norway country manager Paul Myklebust commented that one of the funnest parts of his job was handing out big wins to Norwegian clients of the online casino. The double win has odds similar to someone being struck by lightning twice, in the same spot two days in a row making the anonymous winner surely one of the luckiest men alive.

He seems to be taking it all in his stride though. Betsson offer a special counselling and financial advisory service to big winners to help them make the most of their good fortune. It seems that in this case however the winner is both level-headed as well as lucky. So far his only plans for his windfall are to pay off his mortgage and a couple of other outstanding debts and then take some time to consider how to spend his unexpected riches. Given his recent run he may want to make at least a small investment in a couple of lottery tickets!

We use cookies to ensure that we give you the best experience on our website. If you continue to use this site we will assume that you are happy with it.Ok