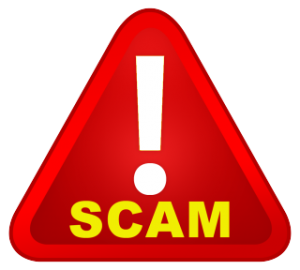 Despite the fact that the internet age has been with us for quite some time now there is still a disproportionate amount of distrust in casino sites despite most of us now being used to paying for things online. Many fans of traditional bricks-and-mortar casinos don’t feel comfortable playing in online casinos with the lack of physical presence leading them to believe that there is a high risk of them somehow being scammed and their money stolen from them. This could either be in the more extreme scenario of the casino games being rigged so that the player always loses, or credit card details being stolen and later used to rob the player, or more subtly that the win ratio on games is less than it should be.

This fear of being ‘scammed’ by a casino is not exclusive to online casinos. Players have always, in the past perhaps sometimes justifiably, been concerned that casino operators are out to empty the pockets of players and send them home fleeced of cash. In games where players play against other players where the casino just takes its percentage for running the game this is less of a concern. However, in the past traditional casinos have been suspected of positioning expert ‘sharks’, to take the money of the other players, then splitting it with the casino in return for it turning a blind eye. In the case of online casinos players may worry that not all the other players on the table are real but could be digital creations of the casino itself programmed to win with the losses of the other players going to the casino.

In games where the players play against the casino, such as in Black Jack or slots players may suspect the casino of rigging the card deck or game to the official odds of the player winning do not in fact exist. This applies to such games in physical or online casinos.

However, the reality is that while it is always advisable to be careful and to play at a casino, either physical or online, that has an established reputation, casinos are tightly regulated and it is almost impossible for them to cheat their players. This is, perhaps surprisingly for many, even more so the case for online casinos. Online casinos are regulated and require a license. Because games are digital regulators have permanent automated access to the behaviour of the games and the money taken in and paid out. Any untoward behaviour or manipulation would be immediately detected by the software in place and the casino would be shut down. So, don’t be careless and stick to online casinos you have heard of and that have a good reputation but also don’t be overly concerned about being scammed. It is almost impossible for an online casino to play dirty with its clients.

We use cookies to ensure that we give you the best experience on our website. If you continue to use this site we will assume that you are happy with it.Ok